…and every time I touched the gas, it was like stomping on bunnies. I felt with every acceleration (injection, compression, explosion, exhaust, times six cylinders, times an average of 1500 RPM), with every act of breaking (valuable momentum converted to heat in the break pads), every turn (rubber wearing against asphalt, more momentum lost), even when I was idling (fuel burning, exhaust gases escaping, to no achievement of work), that I was killing our world. This giant, one-and-a-half ton box of metal, plastic, and glass, all of it having to move and turn and stop and move and turn and stop again and again, just to transport my 180 lbs. from one place to another. 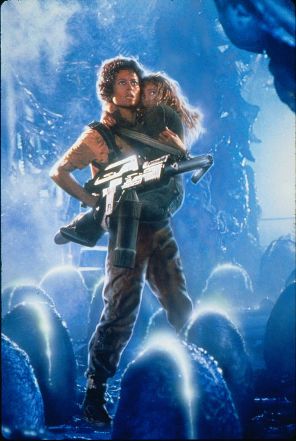 This was bad enough, but then – like in horror movies, when the protagonist encounters some utterly hideously entity, only to discover that this is but one of an astonishing multitude (think Ripley in Aliens finding herself among all those eggs in the power station) – I looked around me, on Toronto’s busy streets, and saw dozens, hundreds, thousands of cars and trucks and SUVs and vans, all of them engaged in fullbore destruction of our living environment. And then – oh mercy it actually gets worse – I multiplied this by every single day of the year, year after year after year, increasing each year, and my mind leapt out, spread across the globe, sweeping across North and Central and South America, spreading to Europe and Africa and Asia, taking this single human in this one 1600kg vehicle burning 12 litres of gas every hundred kilometres, rounded the world to Africa and New Zealand, and there it was.

The realization that we, as a species, are fucked. The Earth will survive, but we’re going to make living on it really uncomfortable for ourselves and all our living creatures, and most of us will die off. New life will appear, eventually, once we are gone and our influence ended, and life will flourish here once again. But we won’t be around for it.

And if the answer is yes, do you actually mean it – can you confidently state that if you return to this post in six months or three years or ten years you will still be using that new, cleaner mode of transport (or something like it), that is to say, you will have committed yourself to permanently abandoning your daily automobile commute? Pretty unlikely yes? Well let’s just fantasize and say yes, you can and will do this – you have the guts and the will and the character and the strength – then what are the chances that thousands, no, millions of people will take the same action, and to commit to it permanently– what are the chances of that? Really, it’s virtually impossible that you will do it, so what are the chances that millions of others will?

What other conclusion can you possible come to?

Have a nice day.